Reverse Engineering a Map of Boston:

Working collaboratively with 4 partners, I helped generate an approximate map of the Greater Boston Area through integration of various public data sets. Data sets describing latitudinal and longitudinal coordinates of parking meters, electric vehicle charging stations, fire hydrants, trees, streetlights and more enabled for some some data visualization the results of which you can see below:

Beyond just producing a image file, our team also built a Java application and UI enabling zooming, filtering, sizing, and coloring features. We used Python to help with data cleaning and formatting, We also used a MySQL relational database to store our raw data.

Later integration of college / university data sets allowed us to more specifically look at certain neighborhoods and one can actually make out universities like Northeastern and BU. 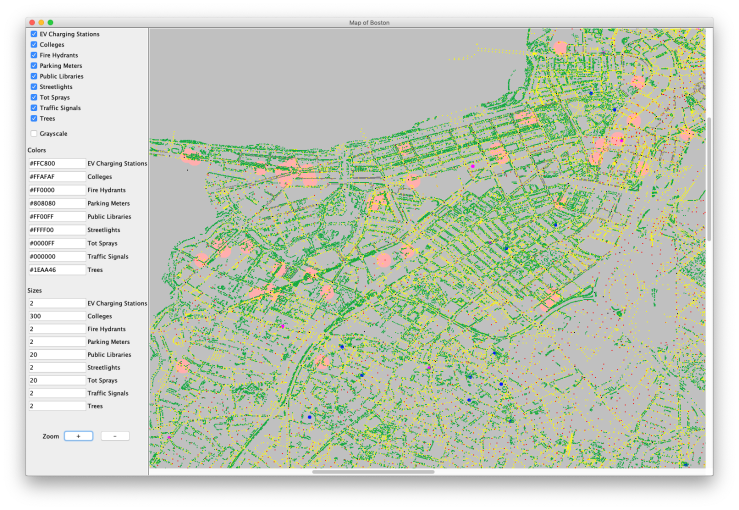 As a part of my education at Northeastern University, I was tasked with building a complex game in Java. Each instance of a LightEmAll game generates a board of fractal-based pipes. This feature ensures that every board generated will be solvable. 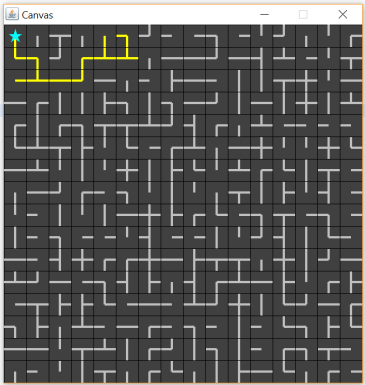 After initial generation, each pipe is randomly rotated as to scramble the board. Then, it is the users task to click on game pieces to rotate pipes and try to link together the whole board. Keep in mind the power station (seen in upper left), which sends power to all connected adjacent pipes, has a finite radius. So, a second consideration of the player is where to move the power station to light up all the pipes.

At the time, this had been one of the most technically complex projects I had taken on. It involved generating random fractals, calculating a workable radius for the power station, determining contentedness and shortest paths, and quickly being able to check the game state to trigger end game behavior.

During the concluding 3 weeks in high school, I was assigned to complete a meaningful project on any topic of my choice. My friend Brevin Lacey and I tried to encapsulate our Computer Science education in high school through creating our YouTube channel APCS Tutors.

During high school, we were fortunate enough to take an entire 2 semester of Java (Data Structures and App Dev) after already completing AP Computer Science. Because of this, we felt we had a good enough grasp on the material to start to help others learn! So, we spent our time producing a series of YouTube videos on essential APCS material.

As the Webmaster of my fraternity, I was responsible for maintaining our public emails and websites. On our main website I updated the feel and design of the website to be more aesthetically appealing. Further I added an entire page for our Recruitment Chairman to help benefit our recruitment efforts.

Through my high school, I was able to mimic both CSE 142 (CS 1) and CSE 143 (CS 2) from the University of Washington. In taking these two classes, we certified our completion of material through the Practice-It! online programming problems. After completing all the basic problems presented in CSE142, I completed the sections on, Arrays, ArrayLists, and finished all assigned problems on Stacks, Queues, Linked Nodes/Lists, Sets, Maps, Recursion, and Binary Trees from CSE 143. 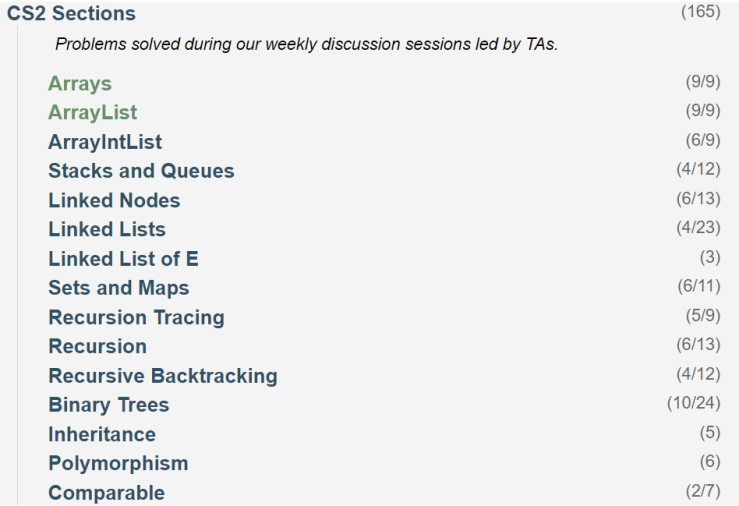